Now this is the story all about how, Apex 2015 got flipped-turned upside down, and I'd like to take a minute just sit right there, I'll tell you how the Apex staff became the prince of a game called Super Smash Bros.

I woke up at 7am to get ready for my 9am pools. This wasn't too bad because I had not lost any hype up since I arrived. I went down to the ballroom to check out the setups and to play some friendlies. Eventually, I decided to practice a bit with with some random Smasher.  Every game ended up in me losing: 4 stock, 3 stock, 4 stock, 4stock. This was a random Smasher so I was feeling kind of nervous. It did not matter though because during my first match, the main hall ended up being evacuated for a short while.

Shortly after they let us back in, pools started again. My first match was a Marth ditto, one of my best matchups. I ended up  winning 2-0 with a 2 stock followed by a 3 stock. My second match was against a Fox and I was double 4 stocked, but for the following reasons:

So yeah, during our second match, a TO told everyone to leave again. We decided to continue since I had one stock left however, I ended up suiciding because I am a man of honor. 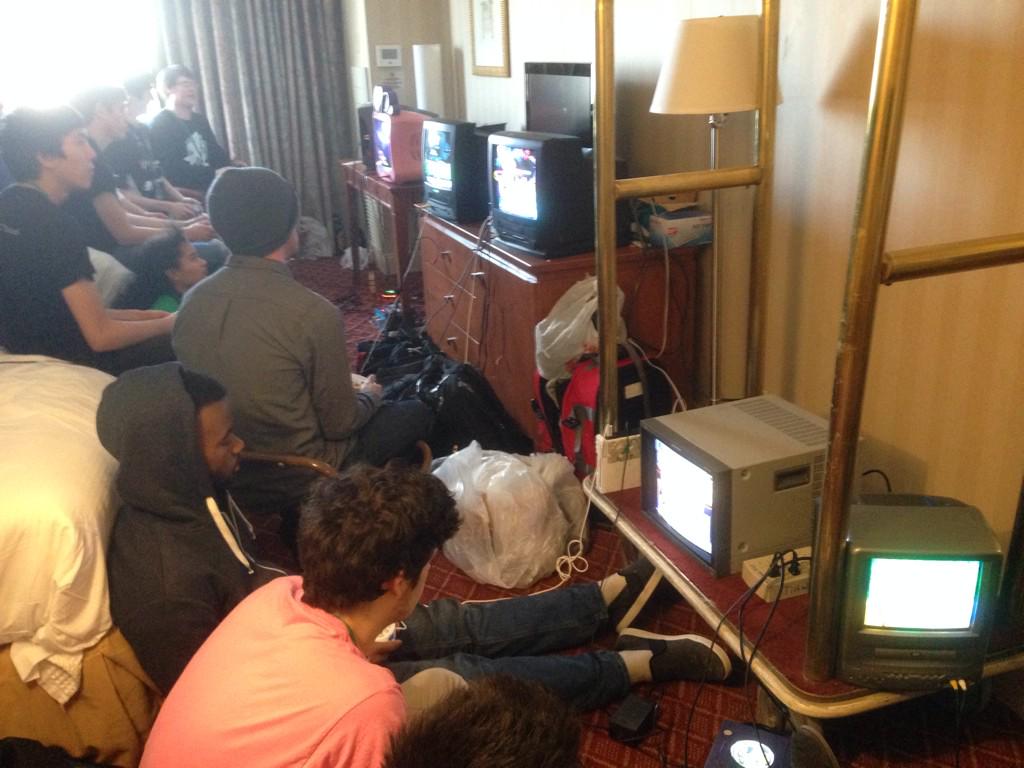 Everyone moved from the hall back into the hotel rooms

After we left, we we're informed that a number of things at the venue were not safe and that Apex was cancelled for the day. (Insert Twitter stuff from every Smasher here between 10am until now). The Apex staff worked their butts off and with the help of Twitch and Red Bull eSports, they were able to find a new venue and trucks to transport their equipment. As this is my first major tournament requiring distant travel, this has been insane.

Check in with me later to see my blog about Day 2, where all the action leading up to the finals will happen!