Mortality eSports SMITE Team had a busy  week in the Hirez Studios' SMITE Pro League (SPL). For those unaware, the SPL is Hi-Rez's version of the LCS from the MOBA League of Legends.  In its own style, the SPL puts 6 professional level teams from the North American and EU regions in a multi-month season which leads up to a play-offs, and subsequently, the SMITE World Championships (SWC). The SWC is expected to deliver a seven figure prize pool after crowd-funding.

For Mortality SMITE, this week's schedule, the first full week after the Team Solo Mid Invitational, included three matches against some of the biggest names in eSports' SMITE teams, and after all was said and done, Mortality has taken two losses, dropping them down to the number three spot in Europe with a 8-5 record:

On 26 September, in the 2nd match of the week, Mortality SMITE faced Exposed Secrets. (LOSS 0-1) Watch

For a look at the new Mortality team page on Hirez Studios eSports Pro Site, check it out here.

Have you gotten a chance to watch any Mortality SMITE streams lately? Psiyo, iRaffer, Frezzyy, and sometimes M0eX have been streaming daily on the Mortality eSports Team Page.

Special Note: Psiyo Fans, keep an eye out for the Psiyo inspired fan tee-shirt that we'll be launching very soon in our Teespring store front.

In Fighting Games, Rico Suave did not compete over the past week. Rico Suave has been preparing for The Fall Classic (TFC). TFC is one of the east coast's premier fighting game events held every year in Raleigh, North Carolina. Rico plans to compete in Ultra Street Fighter IV, Killer Instinct, and Injustice: Gods Among Us. Of note, season 2 of Killer Instinct is here and Rico just might have found a new main. Watch his stream daily to see more on season 2. View the announcement trailer for TFC:

In the second to last week of the Perfect Alliance League Season 1, Mortality COD received a BYE. In the meantime, many players from Mortality COD have taken to streaming on their Twitch.tv channels.  In the final week of the PA League, Mortality COD is scheduled to face off with Purist Gaming however, it has been announced that Purist will be without a full roster and forfeiting the match. This will result in Mortality ending the season with a 3-4 record, finishing in 5th place out of the eight teams who began the season. Make sure to check out MLG.tv/PerfectAlliance and stay tuned for Season 2. For the full league schedule from season 1, click here.

This week, on 23 September, ChuDat competed in Project M at Smash @ Xanadu. ChuDat placed 4th overall losing a close set to Coneyzz in the Loser's Finals. If you are not following ChuDat's YouTube channel already, make sure to check it out and catch his new videos as they are released. ChuDat is currently prepping for the Nintendo National Open Tournament Series to be held at Gamestop in Baltimore, Maryland on 4 October.

The past week, Axe returned to the AZ ASU Weeklies to help commentate the final matches. In the meantime, Axe is still diligently preparing for his next major event, the Big House 4 which will take place from 4-5 October in Detroit, Michigan. Expect to see a VLOG and possibly some gameplay videos from Axe before then at his YouTube channel. 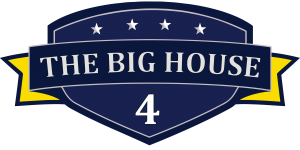 Over the last couple weeks, several Mortality players including Rico Suave, Rayge, Zcuz, and Kirby have been filling their off-time with a new title released by Bungie titles "Destiny."

Like in their own respective competitive titles, the Mortality players are dominating the competition in PVE and PVP content.

In this video, which has seen over 150K views in less than two days, Kirby from Mortality COD, shows off his rarely dropped weapon that when equipped in PVP, makes him unstoppable to the competition: