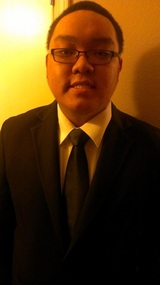 Mortality Esports' League of Legends team ADC, Xiachong “Alextheman” Xiong, started PC gaming in 2004 with Blizzard’s Warcraft 3 (WC3). Shortly after mastering WC3, like many other gamers with a competitive spirit, Alextheman moved on to playing the custom map and game mode called DOTA (Defense of the Ancients).  After about 3 years playing DOTA, Alextheman grew tired of WC3 and decided to try a new game that was currently in closed beta, League of Legends (LoL).  Alex explains that “ever since then LoL is all that he has played consistently” and he “enjoys LoL as much now as he did then.” Alex states he’s “ready to move forward and make his mark in E-Sports.” Alextheman provided answers to the following questions: Question 1: How do you feel about the current state of LoL and what are your goals for the rest of Season 4? Alextheman: The state of League of Legends is pretty predictable as of right now. By predictable you can expect a champion to be played a lot and assume that they will get nerfed. If a champion is underplayed they will receive a buff and therefore there may be a possibility that the champion will be seen in competitive play. Likewise the ability to adapt and play any champion is crucial and therefore the state of the game is only followed by a few selective players who can adapt quickly. My goals for the end of season 4 is to perform as best as I can in tournaments, be ranked top 10, and lastly prove to everyone that I can be the best if put in my best efforts into playing the game. Question 2: What do you feel are Mortality Esports LoL Strengths as a team and how do you fit in to that? Alextheman: The strength in our team is the ability to treat each other like family. We always discuss what needs to be done to win, what we can improve on and lastly how to maintain a happy-medium with everyone performance after a game. I best fit in by motivating my teammates to always do well even when the games seem grim. Keeping the team’s morale up is what I strive for and playing well can only occur when everyone is on the same page. Question 3: If you could give any advice to a LoL player looking to break in to the competitive scene, what would you say? Alextheman: Don’t expect to hit the pro spotlight anytime soon, because there are going to be players fighting for the same spotlight and expect there to be better players then yourself. Thus play League of Legends because you want to and always play to win. The game becomes a lot harder when the stakes are raised and knowing that you only advance further if you perform consistently in every game. Here at Mortality Esports, we are excited to be a part of Xiachong “Alextheman” Xiong’s growth, and wish our entire LoL team the best of luck moving forward.  If you wish to follow Alextheman’s competitive drive to be a top LoL player then you can find him at twitter.com/Alextheman43 or check out his stream at twitch.tv/alextheman94