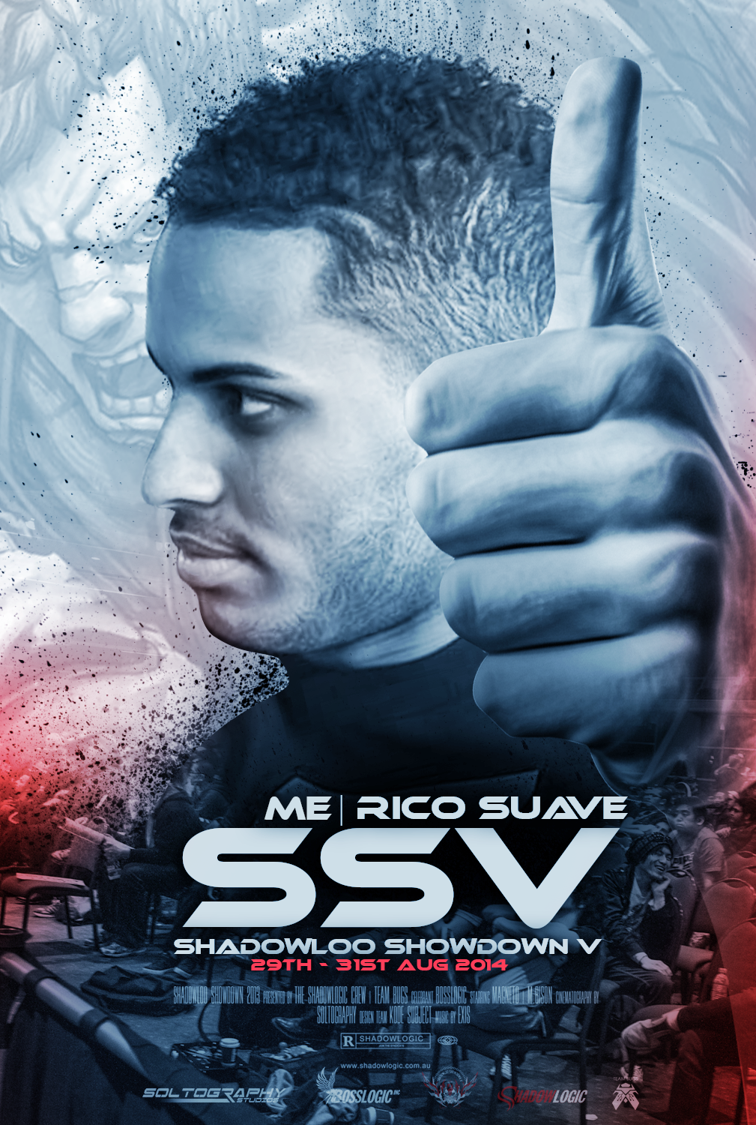 The fith anniversary of Shadowloo Showdown, a multi-fighting game tournament in Melbourne, Australia, is this weekend and we have no one other than our very own Jonathan "Rico Suave" Deleon attending to compete in Killer Instinct, Ultra Street Fighter IV, and Injustice. The event will be held at CQ Nightclub in Melbourne from August 29 to 31. Coming off of his recent successes at First Attack 2014, we hope to see Rico Suave remain at the top while competing on the world stage!

We had a chance to ask Rico Suave about attending an international event:

"I'm so excited to be going to Australia because I've never been on an international flight before! I'm really looking forward to representing Mortality, Team Razer, G-Fuel, Teespring, and our other great sponsors while seeing how the competition there is going to be able to deal with my unique Abel playstyle. Hopefully I don't get beat up by a kangaroo." - Rico Suave

You can find out more about Shadowloo Showdown at Shadowlogic's official page here. Be sure to also watch the action on Twitch on Shadowloo's primary and secondary channels.

This article was written by Brendan, our Lead Journalist here at Mortality eSports. Follow him on Twitter @CrsFriendzone