Davis started playing games back in the age of neopets and runescape and ever since then he has been hooked. After the release of the Xbox 360 he bounced around in various shooting and fighting games such as Halo, Call of Duty, and Street Fighter. Early on in season one he was introduced to League of Legends and never looked back. Every day he works to make his dreams of LCS come true.

Andrew, 16 year old mid-laner for Mortality, known for his Leblanc in solo queue,  has been around video games his whole life. Introduced to League of Legends by his brother about three years ago, he has become remarkably skilled in his time playing the game. Formerly known as “Candyman11”, he looks forward at what’s to come and expects to help in his teams continued success at the amateur level.  He states that he  hopes one day they will play in the LCS.

Adrian Has been playing strategy games competitively since he played StarCraft back in the
day and still continues to do so, impressing the players he meets on his way to professional
play. He hopes to make LCS and be known as one of the best top laners in North America.

The manager/analyst of Mortality eSports’ League of Legends team, Joseph has been in eSports since the 6th grade where he started with Counter Strike Source (CSS). Joseph has played and coached at a pro level for years. After CSS died off in 2010-11, Joseph moved on to playing Star Craft II (SC2) subsequently making it to master and working with esports companies to set up sponsorships for players to go to compete in Korea a long the way. In 2011, Joseph started to play League of Legends and has stayed with it ever since. Joseph's goal is to improve each player on this team and earn an eventual LCS promotion. 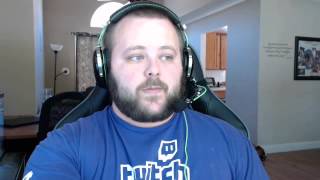 Haha, now then can you walk me throuth steps of going to my page clicking o

i think my avatar is different