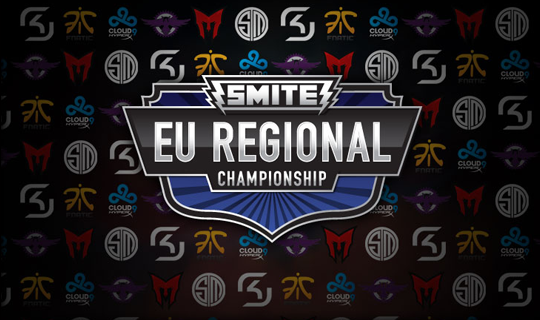 From 10-17 November, Mortality SMITE traveled to Cologne, Germany to compete in the SMITE European Regional Championships (ERC), The ERC was a culminating event for teams placing in the top 4 of Hirez Studios' SMITE Pro League (SPL) as well as the 5th and 6th place teams who survived the Challenger League Wildcard Tournament. As the second seed in the ERC, Mortality SMITE enjoyed a first round BYE placing them in the Semi-Finals match. Unfortunately, Mortality SMITE suffered from tournament jitters resulting in 3 painful losses in a row to SK Gaming.  For Mortality SMITE, this ends the road to the SMITE World Championships in 2015. For a more detailed Recap of the ERC, Check out SMITEPro's Article.

Going forward, Mortality SMITE will be considering team/player concerns, any lingering performance issues, and preparing for what's to come in the European Pro SMITE Scene.

This past week, Rico Suave practiced at home and will continue training for this winter's major events, North East Championship, Kombo Klash, KIT, and APEX 2015. Also, Season 2 of Killer Instinct is here, so make sure to watch Rico Suave's stream daily to see more on Season 2.

Mortality COD and COD Academy have been non-stop grinding Advanced Warfare in preparation for upcoming events. Mortality COD will be competing at MLG Columbus, 28-30 November, and UMG Orlando, 2-4 January.

For those unaware, Mortality COD rosters remain as follows:

For those who are wondering, ChuDat has been missing in action for some time, but will not be forever. ChuDat has actually been taking care of some much needed personal life obligations, starting a new job, and obtaining computer/stream set-up grades for providing more content for you guys. Keep an eye out for a new VLOG and "Ask Mortality" upload this week. Those videos will be available on ChuDat's Channel and the Mortality Channel.  Along with Axe, ChuDat is practicing in preparation for this Winter's major events. ChuDat's next major appearance will be APEX 2015.

Axe spent his week training with local Arizona Smashers and attending local events. Axe is preparing for his next major event, Forte 2, 20-21 December. Along with ChuDat and Rico Suave, Axe will compete at APEX 2015. Similar to ChuDat, Axe has been preparing video content over at his YouTube Channel.

Spotlight: Design the Next Mortality Fan T-Shirt Contest Partnered with Teespring Coming to an End

Mortality fans, we're excited to announce that in conjunction with our sponsor, Teespring, we'll be hosting a "Mortality Fan T-Shirt Contest." The goal of our contest is not only to reward one of the many talented artists out there with some cool stuff, but also to produce some new Mortality eSports fan wear. Check out the contest here.

Mortality fans, if you haven't checked it out yet, head on over to Mortality Video and check out all the great player and game-play content from SMITE, COD, SMASH, Fighting Games, and live event created by Mortality staff, players, and streamers.

Just for you, we've made a habit of uploading new videos every Friday. These videos are either event related, promotional team videos, or one of our new series. Check out our newest series "Ask Mortality" below: