My name is Elijah but I have gone by the name Eli my whole life. I am eighteen years old and finishing my senior year in High School. In addition to playing Call of Duty, I am an avid Swimmer and Soccer player. I been playing Call of Duty since Black Ops one. One of my achievements throughout my Call of Duty career would be having been the leader of Team Sync. While playing on Team Sync, we went forty eight and three and making it far into the playoffs of Black Ops one. The squad I run with now is without a doubt the best team I have ever led and been a part of.

My name is Graham.  I am 20 years old.  I started playing CoD competitively during CoD4.  The biggest accomplishment of my competitive CoD career was playing with Nadeshot in Black Ops 2 league play.  Nadeshot is my hero.

My name is Chad. I am 21 years old. If I'm not playing COD I am either hanging out with my family or working. I'm easy going I love the outdoors, fishing, hunting, etc. I started COD competitively in Black Ops 2. I've won plenty of free twitter tourneys, and look to make my mark with Mortality eSports.

My name is Nicholas Quanstrom and I play call of duty. I am a 16 year old junior in high school. I got into the game through my brother since he has played it since COD 4. I started to play competitive around MLG Anaheim of Black Ops 2. In game I have a good AR shot and rely a lot on my gun skill. When I'm not playing COD I like to play and watch sports such as baseball, football, and basketball. I also like to hang out with my friends in my spare time. I have won a couple twitter tournaments but nothing major . My biggest accomplishment so far is doing well against the team named tK in a 5k series. 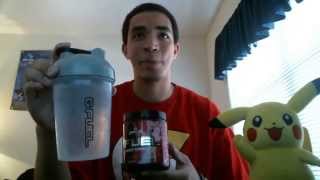 yes I agree this is very good point, too bad im stuck in bronze elo hell an